If you’re in the market for a new car, you may have noticed that there are plenty of different options available, particularly when it comes to imported vehicles. These cars generally come from other countries and are produced by manufacturers that aren’t represented here in the United States, but that doesn’t mean they’re inferior in any way!

Join US Dealer Licensing as we help you understand what makes these cars so appealing and how they can benefit you if you decide to take the plunge and import one.

One of the main benefits of importing a foreign car is that it can be significantly cheaper than buying an American-made car.

This is due to a number of factors, including:
1. Lower labor costs
2. Cheaper materials
3. Lower taxes

As a result, you can often get more car for your money when you import. And because many cars are not equipped with expensive features, they tend to be even cheaper.

When you import a car, you have a much wider selection of vehicles to choose from. You’re no longer limited to what’s available in your country.

You can find just about any make and model online and have it shipped to your doorstep. It is also possible to purchase used cars that are not sold in America at all. These come with great warranties and are often cheaper than their American counterparts. 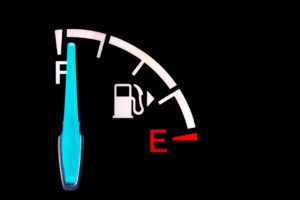 It’s no secret that imported cars often boast better fuel economy ratings than their domestic counterparts. This is one of the main reasons why so many people choose to import vehicles from other countries. After all, who doesn’t want to save money on gas?

Many imported cars offer higher fuel efficiency than American ones. For example, some models are rated at 50 miles per gallon on the highway or city streets.

Plus, most foreign-made cars have a longer lifespan and require less maintenance which will keep your car running great for years to come.

When you import a car from another country, you’re getting a vehicle that’s been designed and built to withstand much harsher driving conditions than what we have here in the States. In other words, these cars are made to last.

Plus, with advances in technology, many imported cars now offer features and amenities that rival or exceed those found in American-made vehicles. For example, some new models include GPS navigation systems and rear backup cameras as standard equipment. And some even come equipped with hands-free Bluetooth for taking calls without ever having to touch your phone!

Vehicles Designed for Your Needs

In many cases, foreign cars are designed with specific needs in mind. For example, smaller European cars are designed to navigate narrow streets and get good gas mileage, while larger SUVs from Australia are built to withstand tough off-road conditions.

If you know what you need from a car, it’s likely that there’s an imported option that will suit your needs perfectly. 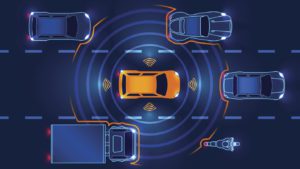 One benefit of importing foreign cars is that they tend to have better safety features than American cars. For example, Japanese cars often have automatic braking systems and lane departure warnings that can prevent accidents. These features can give drivers peace of mind and make the roads safer for everyone.

Easier to Resell Your Vehicle

It’s no secret that many people in the United States love imported cars. In fact, according to some estimates, as many as 17 million imported cars are sold in the country each year.

The most popular models are Japanese and German vehicles because they’re known for being well-made and fuel efficient.

In order to start importing vehicles in bulk to the United States, you need a wholesale dealer license!

A wholesale dealer license allows you to sell cars directly to dealers, import cars from around the world, and export an unlimited amount of cars!